Los Angeles is the most populous city in California and the second-largest city in the US after New York City. This colorful city with the Mediterranean climate is home to Hollywood, Beverly Hills, Venice Beach, Sunset Boulevard, and five major film studios (Paramount Pictures, Sony Pictures, Warner Bros., Universal Pictures, and Walt Disney Studios).

Despite its glamour and attractiveness, Los Angeles has some drawbacks: the lack of rains, the smog season that lasts from May to October, high traffic, and a high rate of homelessness. 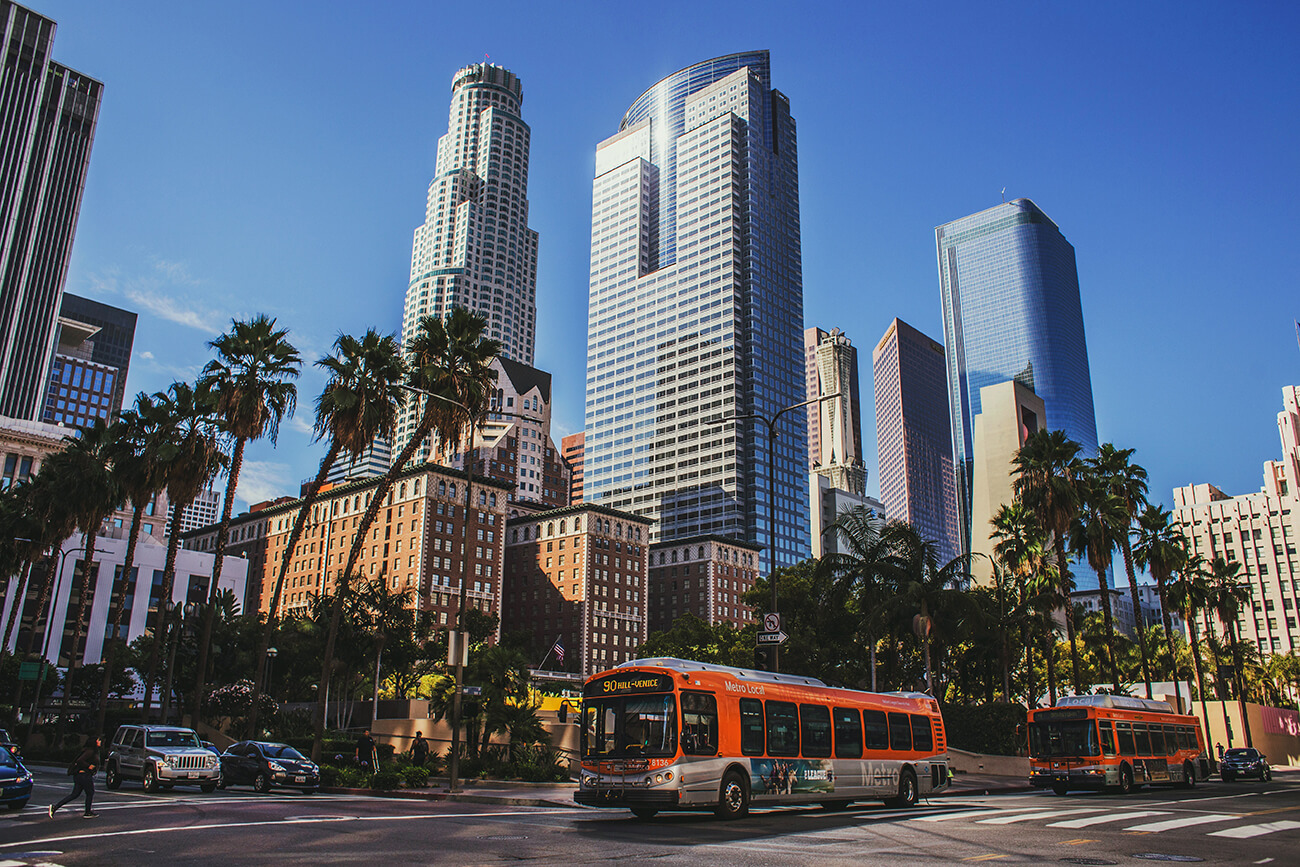 Average IT salaries in Los Angeles depending on the specialization (USD per year / per month):

In the Global Financial Centres Index, Los Angeles is ranked as having the 3rd most competitive financial center in the United States (after New York and San Francisco). The city is also the largest manufacturing center in the country.

The unemployment rate in Los Angeles is 4.5% — slightly higher than the national average of 3.5%.

More than 368,500 workers are employed in the high-tech sector within Los Angeles County, and the total number of tech companies in the city exceeds 6,000. Popular tech industries include consumer web, digital media, and eCommerce.

The largest technology companies present in Los Angeles include:

According to the Bureau of Economic Analysis, the overall price level in and around Los Angeles for housing, goods, and services is 17% higher than the price level across the nation.

Monthly costs without rent in Los Angeles are $1,000 for a single person and $3,630 for a four-person family.

Consumer prices comparison (including rent) in other US cities vs. Los Angeles:

Los Angeles is one of the top-5 most visited cities in the US and the second-largest city in the country. It’s nicknamed “The Entertainment Capital of the World” due to a large number of movie studios, theaters, celebrities, art galleries, more than 840 museums (the highest number per capita in the US), various festivals and shows. Los Angeles is also dubbed the “Creative Capital of the World” as one in every six of its residents works in a creative industry.

Notable events held in Los Angeles include the Academy Awards, Grammy Awards, Primetime Emmy Awards, and other entertainment shows. If you’re a music enthusiast, you’d love to visit the Los Angeles Music Center — one of the three largest performing arts centers in the US and the Walt Disney Concert Hall.

IT companies in Los Angeles