Sydney, the state capital of New South Wales, is the largest city in Australia, with the population exceeding 5 million people. Almost half of its residents have been born overseas. Sydney has the third-largest foreign-born population after London and New York City, respectively. 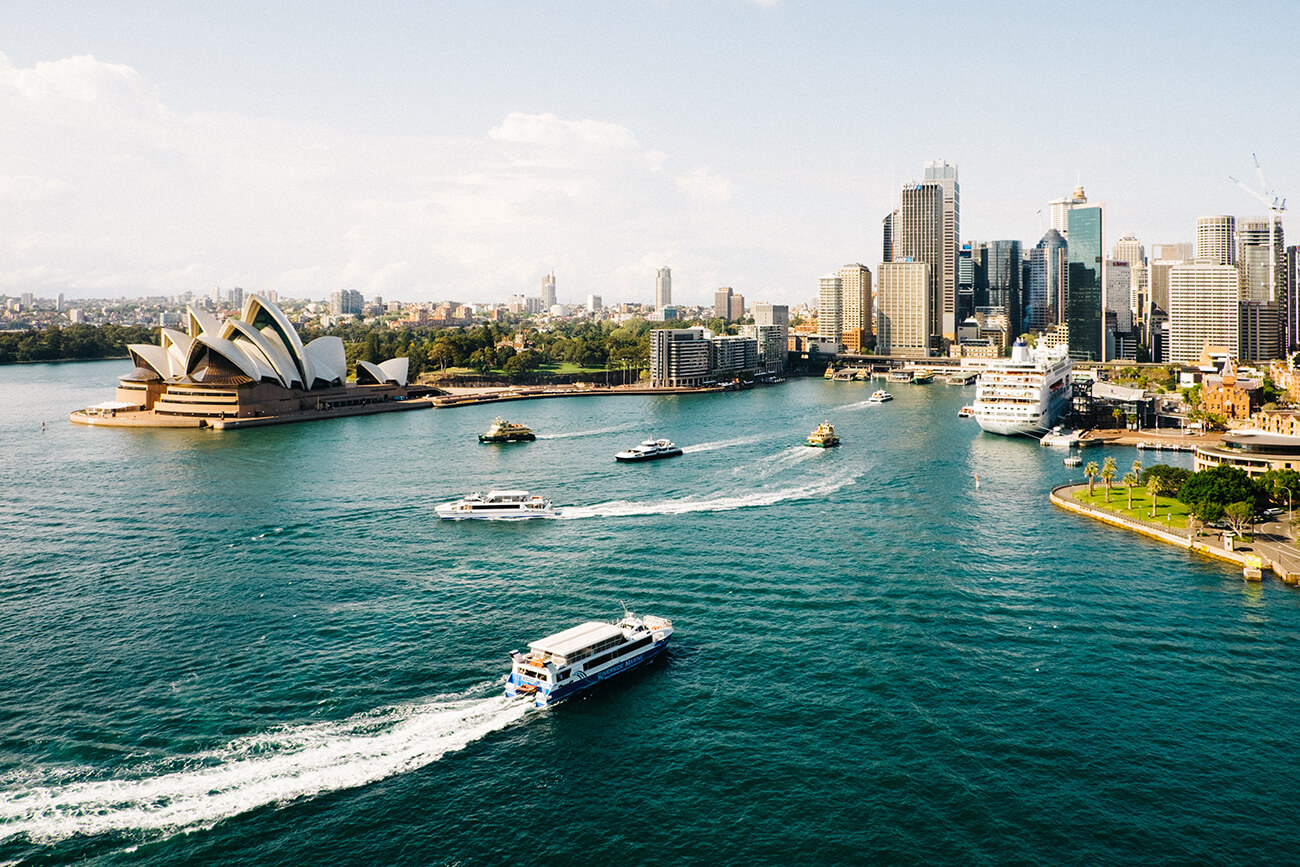 Sydney frequently ranks in the top ten of lists of the most liveable cities in the world, in the top locations for economic opportunity, and in the top of the world’s most expensive cities. It’s also Australia's financial capital and one of Asia Pacific's leading financial hubs.

There are some drawbacks, though: in summers, Sydney and its surroundings are prone to extreme heat, drought, and bushfires.

IT salaries also depend on experience. Here are some examples (AUD per year).

Sydney ranks in the top locations for economic opportunity. It’s also Australia's financial capital and one of Asia Pacific's leading financial hubs. Over half (60%) of Australian FinTech companies are based in Sydney (about 350). Additionally, Sydney is the largest IT market in Australia with a great number of international tech companies present in the city and its surroundings.

The unemployment rate in Sydney is 4.2% — lower than the national average of 5.1%.

Important economic sectors in Sydney include:

The largest technology companies present in Sydney and its surroundings include:

Sydney is home to the Australian Technology Park (ATP) located in Eveleigh, one of the city’s southern inner-city suburbs. The ATP houses mainly start-up hi-tech firms, many of which are BioTech companies.

The average monthly costs in Sydney are about A$1,430 for one person or A$5,190 for a family of four, excluding rent. Here are some examples (AUD):

Tired of city life? There is over 1,000,000 ha of nature reserves and parks, including the Botany Bay National Park, Royal National Park, Royal Botanic Garden, The Domain, Prince Alfred Park, Ku-ring-gai Chase National Park, and Hyde Park, the oldest parkland in the country. The world-famous Bondi Beach and the Blue Mountains are also in the close vicinity of the city.

IT companies in Sydney