Facebook and Google are dominating the list of tech companies that offered the highest-paying jobs to H-1B applicants in software engineering roles in the first 8 months of 2020. This is shown by an analysis made by the global business news website Quartz.

These assumptions are derived from the h1data.info website that collects the Labor Condition Application (LCA) disclosure data. The LCA is an application filed by prospective employers on behalf of workers applying for work permits for the H-1B non-immigrant visa.

According to Quartz’s information, one of the H-1B applicants with a whopping $2 million salary offer from Facebook had their visa application denied. However, another one, offered over $1.9 million, has got an approval.

Despite the Donald Trump administration freezing the program, both Facebook and Google featured amidst the tech giants who had 99% of their H-1B applications approved.

“American companies are so dependent on the talent that comes to the United States on H-1B visas that they are willing to pay top dollar for them”, Quartz commented.

In 2016, more than 15% of Facebook’s employees were H-1B visa-holders, according to a Reuters analysis of US Labor Department filings.

Of course, $1–2 million salaries are exceptional cases among H-1B applications: in 2020, the average annual salary for 190,000 software engineers who applied for H-1B visas was just over $100K. 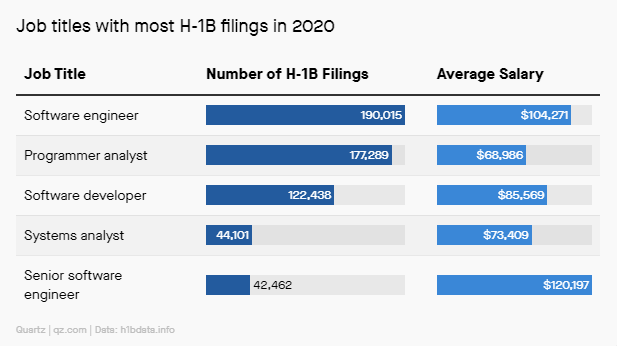 Apart from software engineers, other H-1B profiles cashed massive salaries, namely a business analyst at Google ($1.30 million), a data scientist at Facebook ($1.25 million), and a compensation associate at Google ($990K). 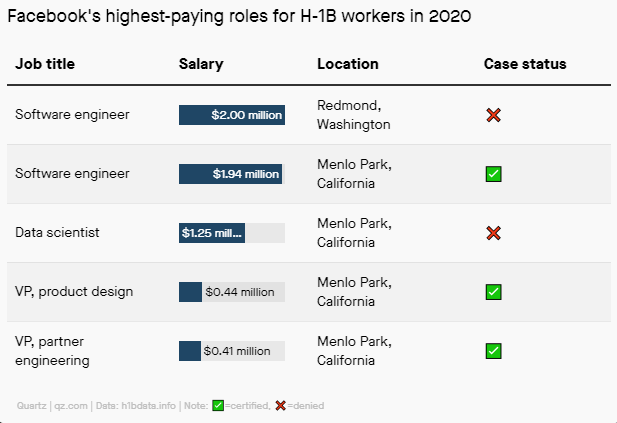 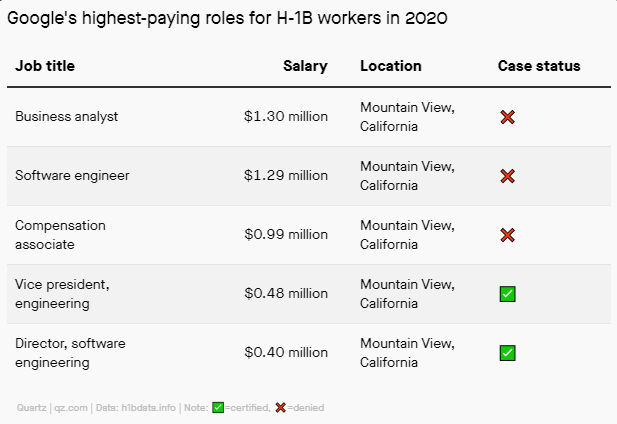