Amsterdam is the capital and the largest city in the Netherlands with a population of more than 870,000. It’s also the largest ICT and hub in the country, with FinTech and data centers being the leading tech sectors. Amsterdam is also one of the global leaders in attracting non-EU tech talent. 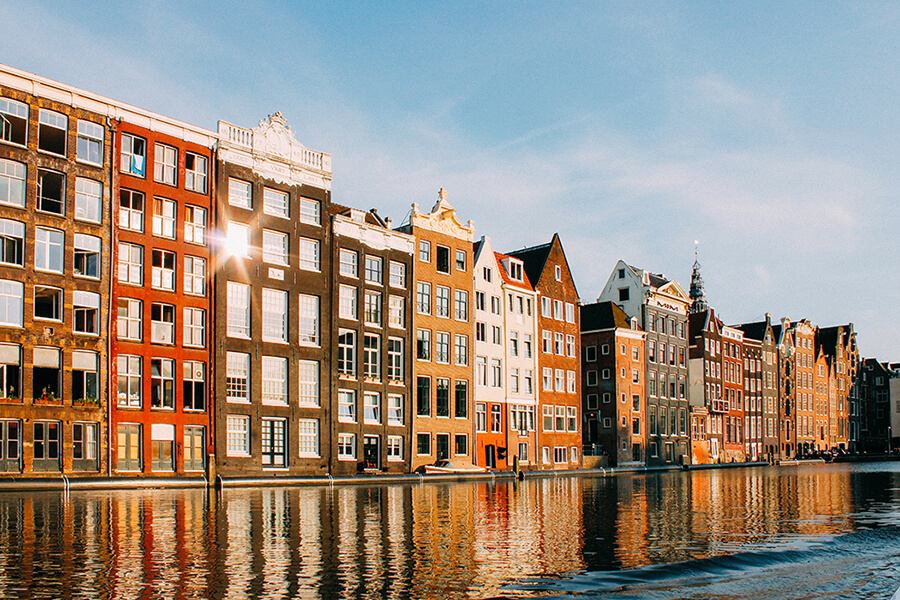 IT salaries in Amsterdam

Here are examples of average IT salaries in Amsterdam depending on the specialization (€ per month):

Amsterdam is the financial and business capital of the Netherlands. The Amsterdam Stock Exchange is the world’s oldest stock exchange and is one of Europe’s largest bourses.

The unemployment rate in Amsterdam was 3.1% before the COVID-19 pandemic — at the same level as the national average of 3.2%.

Important economic sectors in Amsterdam include:

Amsterdam’s key ICT sectors are FinTech and enterprise software. The Dutch capital is also home to AMS-IX, one of the world’s largest data-transport hubs. Moreover, the world-leading data-center expert Equinix opened a massive AM4 data center at the Amsterdam Science Park campus, solidifying the city’s position as the world’s largest Internet hub.

Additionally, Amsterdam is ranked the fourth-best global tech city in Savills’ Tech Cities Index 2019 (behind only New York, San Francisco, and London). It has 2.2 startups per 1,000 people on average. Homegrown success stories include Adyen, Booking.com, Bynder, Framer, and Hotelchamp. 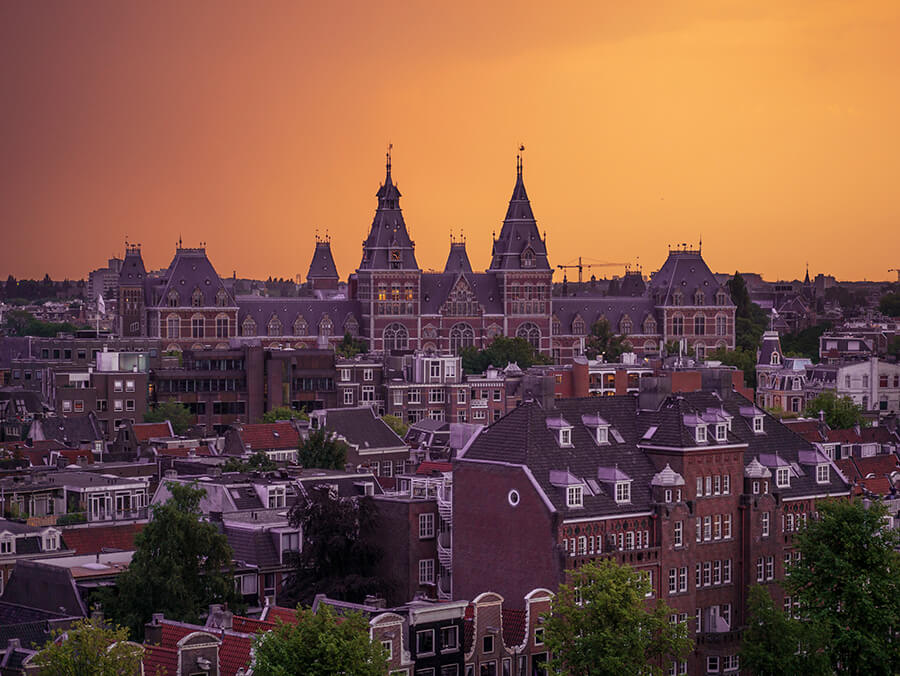 Overall, there are more than 2,210 tech companies here that employ 77,000 people in total, making up 14% of the local workforce. Plus, over 570 multinational corporations are present in Amsterdam, of which around 170 have chosen the city as their headquarters.

Large technology companies present in Amsterdam and its surroundings include:

Cost of living in Amsterdam

The average monthly costs in Amsterdam are about €930 for a single person or €3,330 for a four-person family (excluding rent). 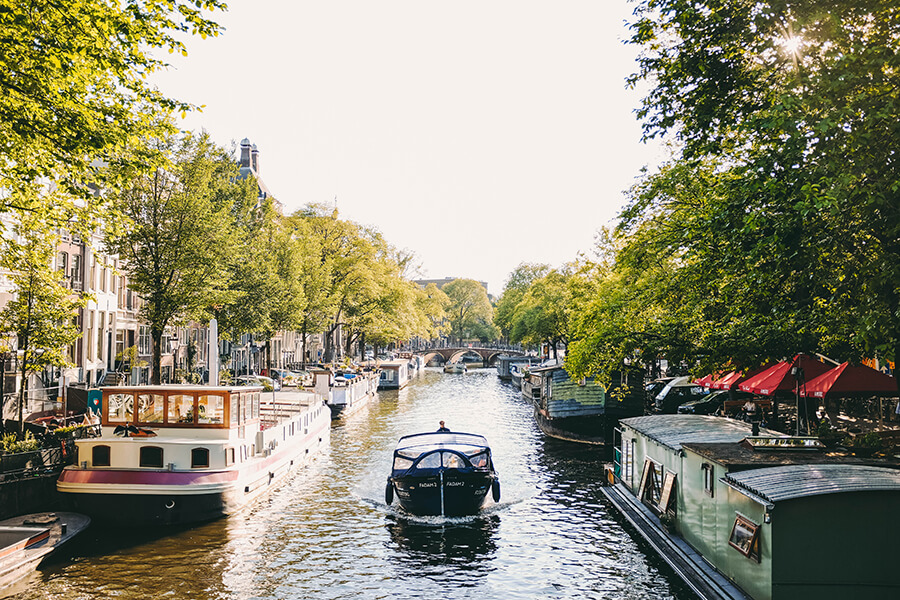 Here are examples of the average prices in Amsterdam (€):

Schiphol is the Netherlands’ busiest airport as well as the third busiest in Europe. It serves flights to many European cities as well as to Abu Dhabi, Beijing, Jakarta, Hong Kong, Mexico City, Philadelphia, Tehran, Tel Aviv, Toronto, and many other destinations around the globe.

Nicknamed the “Venice of the North” due to many historic canals which form a UNESCO World Heritage Site, Amsterdam boasts many other attractions such as the Rijksmuseum, the Van Gogh Museum, NEMO Science Museum as well as more controversial places of interest such as the red-light district and cannabis coffee shops.

The city is well known for its vibrant and diverse nightlife, with Melkweg and Paradiso being among the world’s most famous nightclubs. Amsterdam is also famous for its festival activities. Popular events include Koningsdag (King’s Day), the Holland Festival for the performing arts, the yearly Prinsengrachtconcert (classical concerto on the Prinsen canal), Amsterdam Gay Pride, The Cannabis Cup, and others.

IT companies in Amsterdam