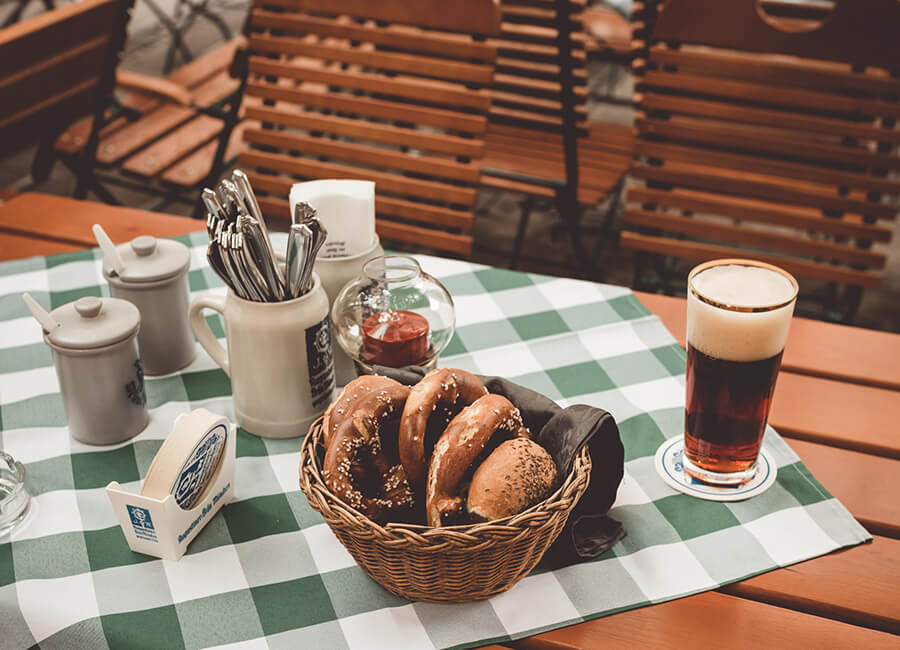 Working conditions in German tech companies can be really appealing as the country’s labor market lacks developers and IT firms do their best to attract specialists.

For example, a medium-sized (about 3,000 employees) software company in Stuttgart offers the following perks and benefits: 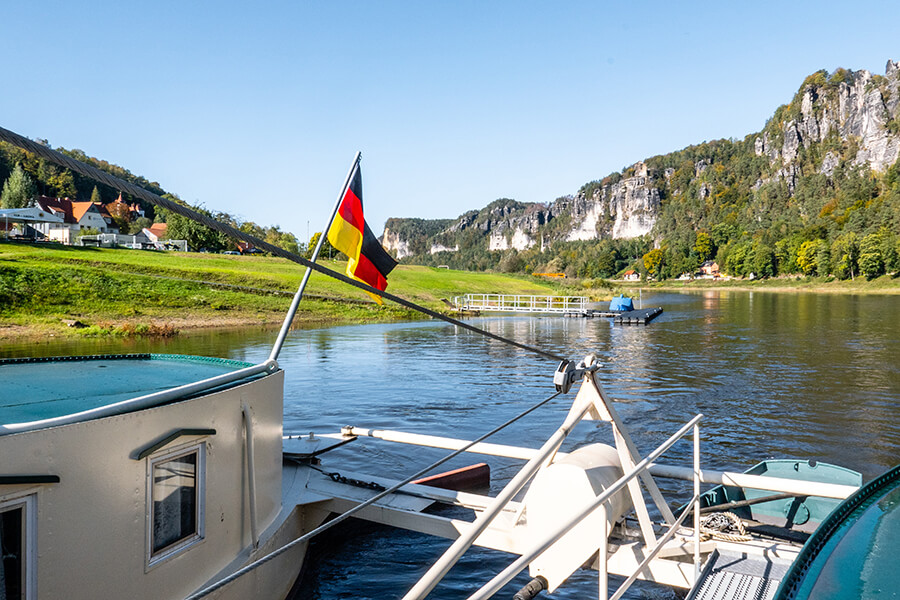 In practice, most employers give more days of annual leave — up to 27–30 days (excluding public holidays). Some companies also let their workers take an additional unpaid holiday while deducting some money from the worker’s salary. The amount of your days off should be specified in your employment contract.

Generally, you have to use up your annual leave during the year, but some employers will let you save 2 weeks of vacation until March 31 of the next year if you were unable to take your leave due to sickness or if you had to cover someone else’s leave.

Germans often plan their vacations months or almost a year in advance. Employers rarely interfere with your selection of leave dates and don’t usually bother you when you’re on vacation.

There are also all sorts of other paid and unpaid leave in addition to 20–30 days of paid leave. For example, you can take 1 day off to move to another house, celebrate your wedding, or go to funerals. Also, up to 10 days of unpaid leave can be provided to care for close relatives.

By law, if you work 6–9 hours a day, you’re eligible for a 30-minute break a day. However, in reality, lunch breaks are short, and coffee breaks are rare. Most Germans don’t seem to want to eat at their desk, and they think that the office is for work, so you won’t feel forced to have small talk with your colleagues.

Most German colleagues wouldn’t want to hear about the weather or your personal life at a canteen either. If you want to socialize with them, suggest going for a drink after work instead.

Communication at the workplace 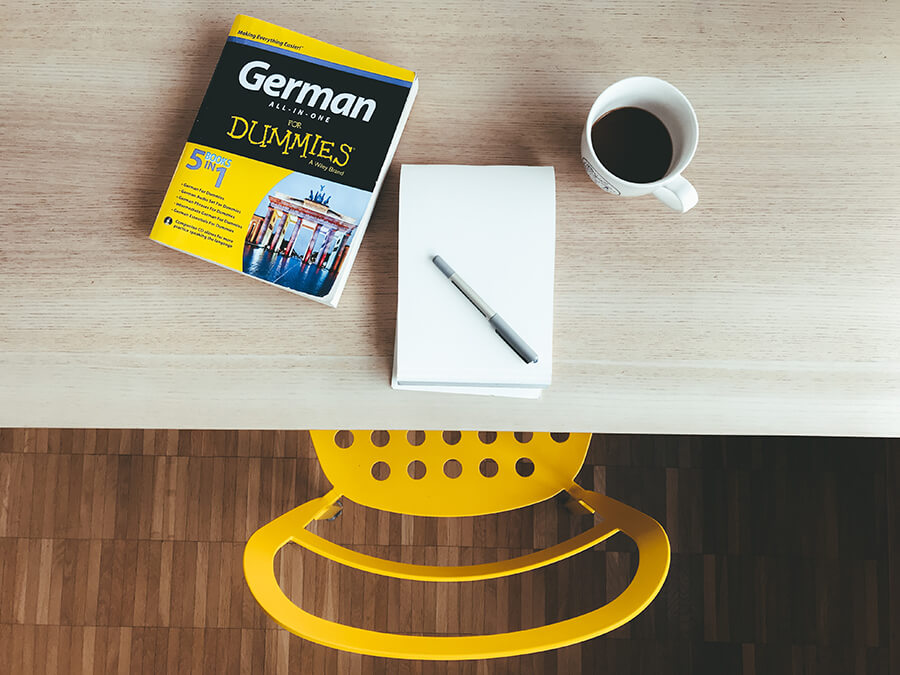 Most people in tech companies in Germany speak English so it’s easy to get along with everything. Quite a lot of software and web developers don’t even speak German, especially in large cities such as Berlin and Munich. However, people in sales are more likely to speak German since they also deal with German-speaking customers.

Germans in general don’t talk too much and avoid beating around the bush. During meetings, it may be a maximum of 5 minutes’ warm-up talking about traffic or weather, after which people would go straight to business. All employees feel free to give their opinions directly, both approvals or disapprovals, often talking over each other, and it’s not considered impolite — rather a way to use time more efficiently.

Germans also tend to be chary of praise. If they say “nicht schlecht” (“not bad”), it probably means you did a really good job. Even if your result was met with silence, it might indicate they’re content with your work. There’s a saying in Germany: “Nicht geschimpft ist genug gelobt” (“Not being scolded is praised enough”).

If you have a permanent work contract, you can only be dismissed under certain circumstances: for example, if your company is undergoing restructuring or is shutting down, if you behaved inappropriately or failed to demonstrate good performance.

To dismiss the employee, the employer must give notice. The notice period varies from 2 weeks during your probation period to 7 months if you have worked at the company for longer than 20 years.

However, regardless of the time you have worked for the company, you can be dismissed within 2 weeks if there are important reasons such as serious offenses against colleagues, theft, or unacceptable breach of trust. 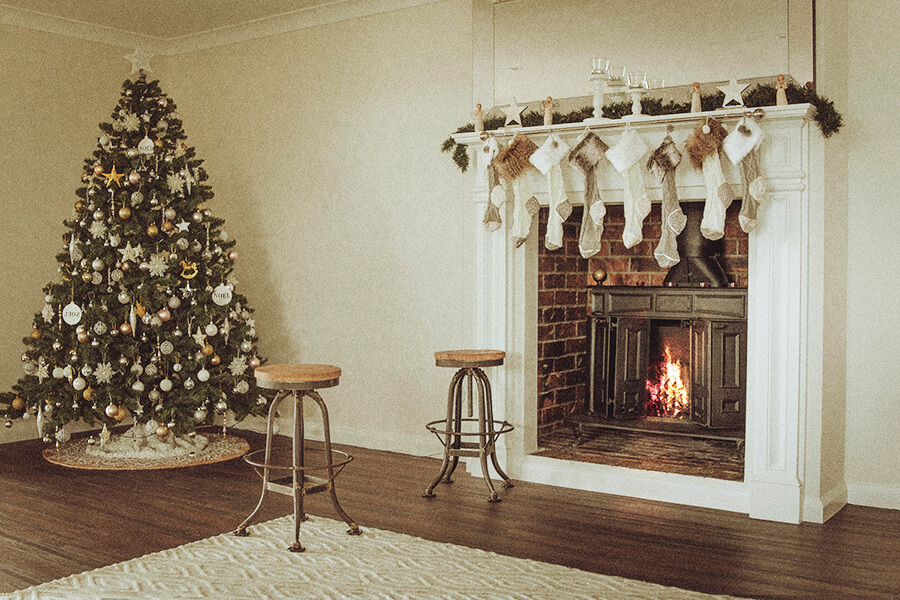 Employees in Germany are entitled to 10 public holidays plus a couple of additional holidays that exist in individual German states (like Bavaria, Brandenburg, etc.) — the latter are marked by an asterisk (*):

Few Germans prefer to work overtime — people normally work hard and efficiently to complete their tasks on time. If you do work overtime, your extra time at work would be recorded. In some companies, you might need to scan your electronic key in the morning when you come to work and in the evening when you leave. In other firms, you need to enter the working hours manually. In any case, you’ll be able to take more hours off later or get compensation in cash for your overtime.

Moreover, you might be able to accumulate overtime hours. For example, you decide to work for 2 additional hours every week. By the end of the year, you accumulate 90 hours. Using your annual bonus (3–4 monthly salaries) you can buy another 100 hours for about €3,000. As a result, you accumulate 190 hours on your long-term account every year. Having worked this way for 20 years, you’ll accumulate 3,800 hours in your account. As a result, you’ll be able to finish working 22 months before retirement with 100% salary. In other words, you can go on a 100% paid vacation for 22 months before retirement. However, for this, you’ll need to stay within one company for 20 years. Some Germans do stay this long, though. 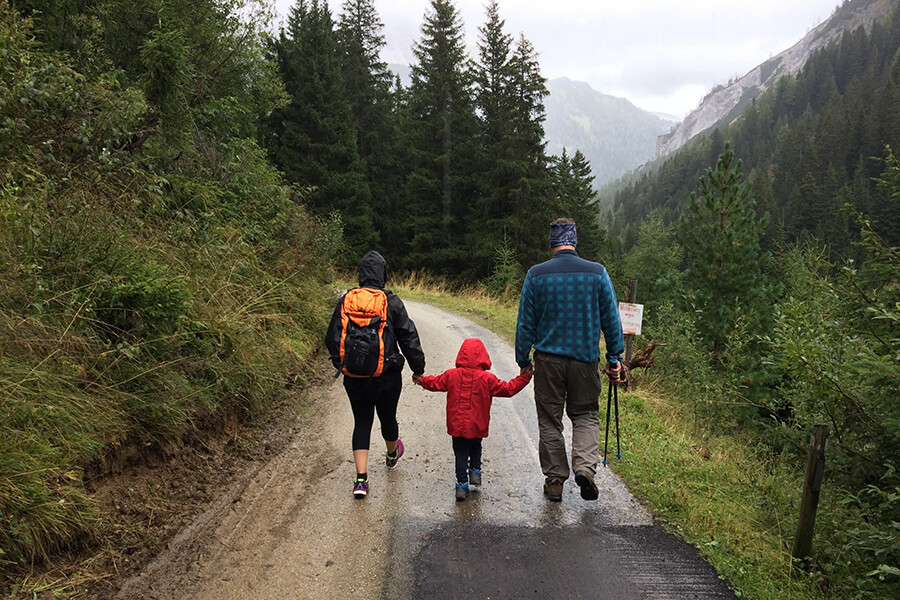 If you become pregnant while working in Germany, you’re entitled to 14 weeks of maternity leave — at least 6 weeks before and 8 weeks after childbirth. You can claim maternity benefits during that time. It equals your monthly wage during the last 3 months before the start of your maternity leave.

The probationary period in German firms can last up to 6 months. However, if you prove yourself a good worker, some companies can shorten this period. 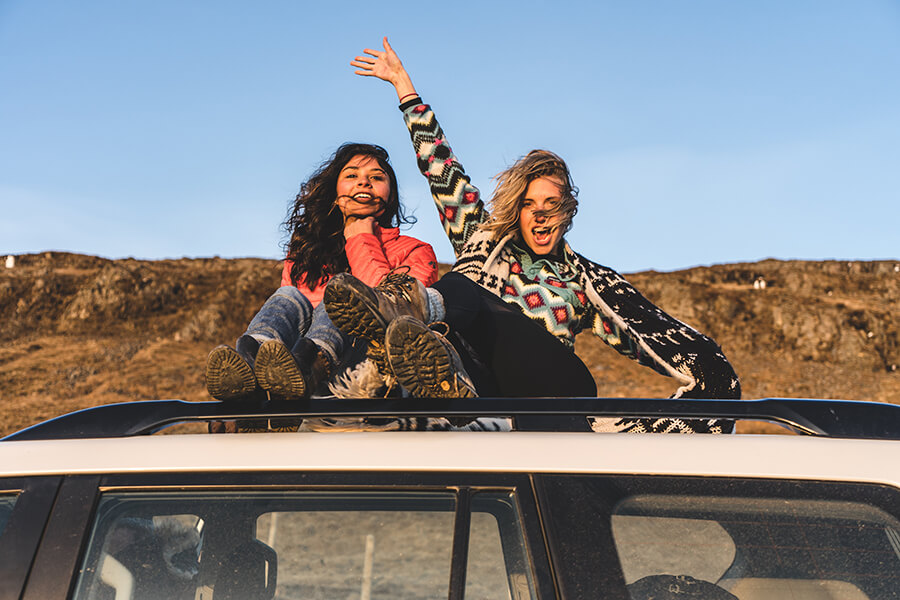 In addition to 20–30 days of annual leave, some companies offer 3–6 months of sabbaticals once in 3 years. It’s a period of leave that is granted to an employee so that they may study or travel. In this case, the salary is redistributed for 1–2 years so that the employee receives pay each month.

For example, you can take a sabbatical for 6 months to travel across South America. Although your salary would be cut in half for a year, remember that everything is much cheaper in South America compared to Germany, so you would be in gold anyway.

→ IT salaries in Germany

In Germany, employer/employee relations are based on mutual trust. If you are not feeling well, you need to call the secretary, your manager, or the HR specialist and say that you won’t come to work. The next day, if you still feel unwell, you must call again to inform them about your condition. However, starting from the third day, you must go to your doctor and take an official sick leave. If you don’t abuse your employer’s trust, these 1–2 days can be really helpful.

The official sick leave based on the doctor’s certificate allows you to stay home (or at a hospital) as long as the doctor prescribed, without loss of pay.

If you have worked in your company for longer than 4 weeks, the company continues to pay a full salary during the first 6 weeks of sick leave. After that, your health insurance company pays 75% of your salary, and your employer adds the remaining 25%. After 6 weeks of illness, you receive a maximum of 90% of your salary (after taxes) for up to 72 weeks.

Employees in Germany normally work 30–35 hours per week. Sundays and national holidays are usually non-working days. By law, the employee is not allowed to work more than 8 hours on a working day. The number of working hours per week is usually specified in your employment contract.

The average working time in Germany has been decreasing during the past years. 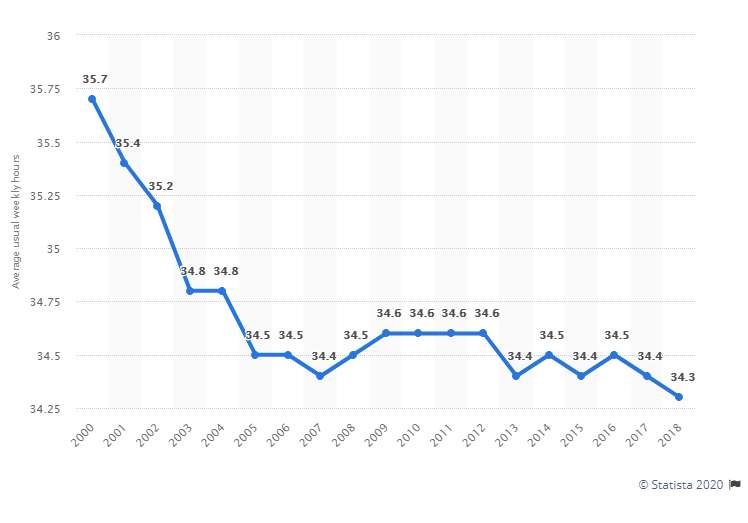 According to the OECD (Organisation for Economic Co-operation and Development), only about 4% of employees in Germany work very long hours — less than the OECD average of 11%. Full-time workers in this country devote 65% of their day on average, or 15.6 hours, to personal care (eating, sleeping, etc.) and leisure (hobbies, games, computer and television, socializing with friends and family, etc.).

In many tech companies in Germany, there are no fixed working hours: offices are open from 5 am to 10 pm, and you can start whenever you want. For example, in one office, there can be people who come to work at 5:30 am and those who come at noon.

In the German workplace culture, hierarchy is more appreciated and maintained compared to, for example, Scandinavian countries where organizational structure is characterized by a flatter hierarchy.

Another important feature of German work culture is a sense of community, teamwork, and the importance of the group, often called “Wir-gefühl” in German (“we-feeling”). Germans often feel responsible for their colleagues’ tasks. When making a decision, they prefer to talk it out and come to a collective consensus. 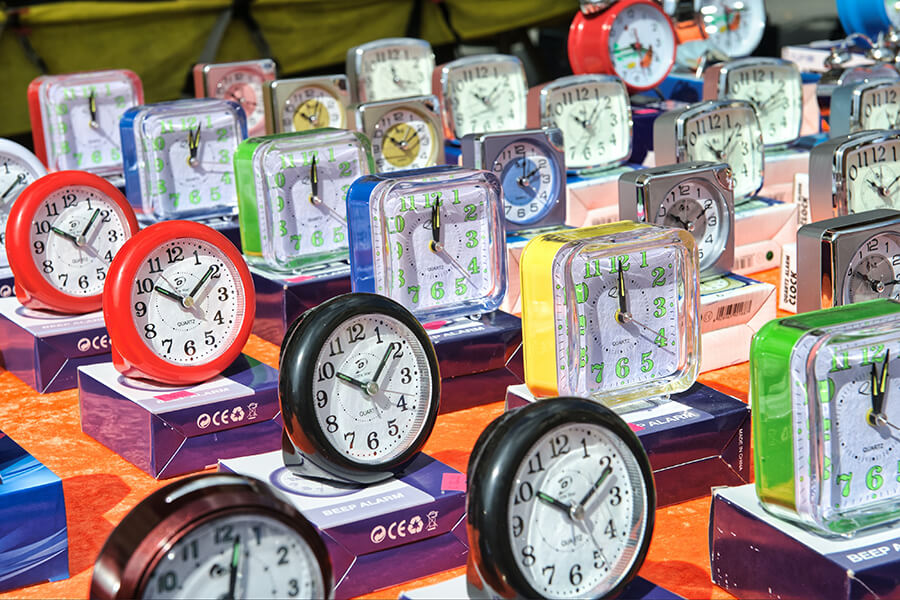 Remember that punctuality is paramount in the German workplace culture. Meetings usually start on time and don’t take longer than scheduled. If a business meeting is scheduled to begin at 11:00, everyone should arrive at 10:55. It’s impolite to waste people’s time by being late. So if you feel that you’ll be late, you most likely will need to inform the organizer or just skip the meeting entirely. Just try not to come 15 minutes late.

Efficiency is another of the most common words used to describe German work culture. Labor productivity in this country is one of the highest in the world. There are not many distractions in the workplace, and people tend to be focused on their tasks and work hard as they need to get the job done in time to go home.

Germany offers attractive working conditions to tech professionals. However, workers need to do their best to fit in the local workplace culture. So when in Germany, do as Germans do: be punctual, accurate, diligent, and hardworking, and you’ll find success.

→ IT workplace culture and working conditions in Finland

→ IT workplace culture and working conditions in the Netherlands

→ IT workplace culture and working conditions in Denmark