Home > Blog > IT workplace culture and working conditions in Denmark

IT workplace culture and working conditions in Denmark 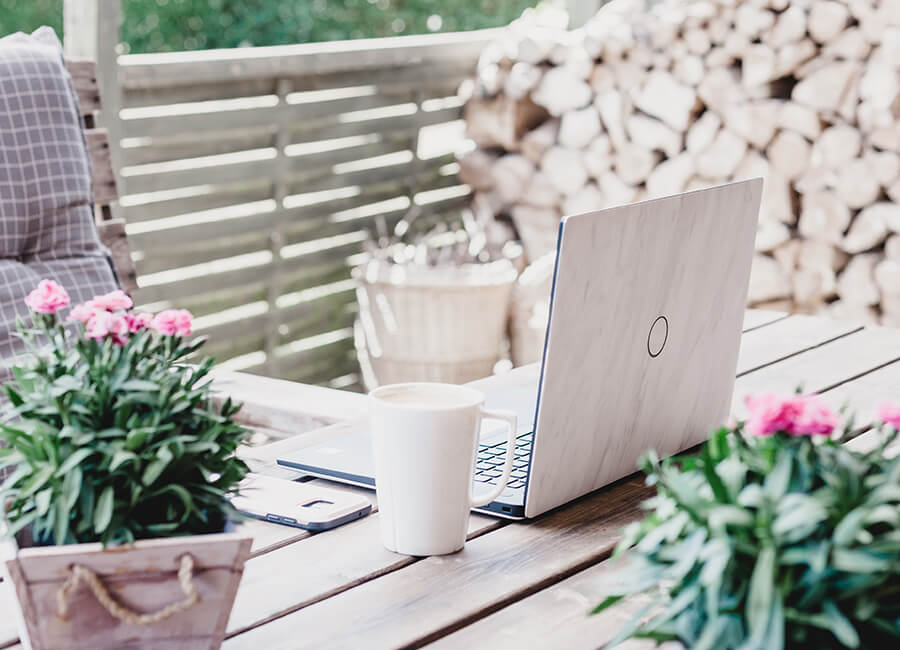 As an employee of a tech company in Denmark, you may be entitled to a variety of perks and benefits which, depending on the employer, may include an additional week of annual leave, the opportunity to work from home one or two days per week, Friday cakes, summer picnics, Christmas gifts and Christmas parties with a free bar, access to paid conferences and courses, access to a fitness center and yoga lessons, and more.

Employees in Denmark also have 10 paid holidays, 5 weeks of annual leave, sick leave, and a number of parental benefits. 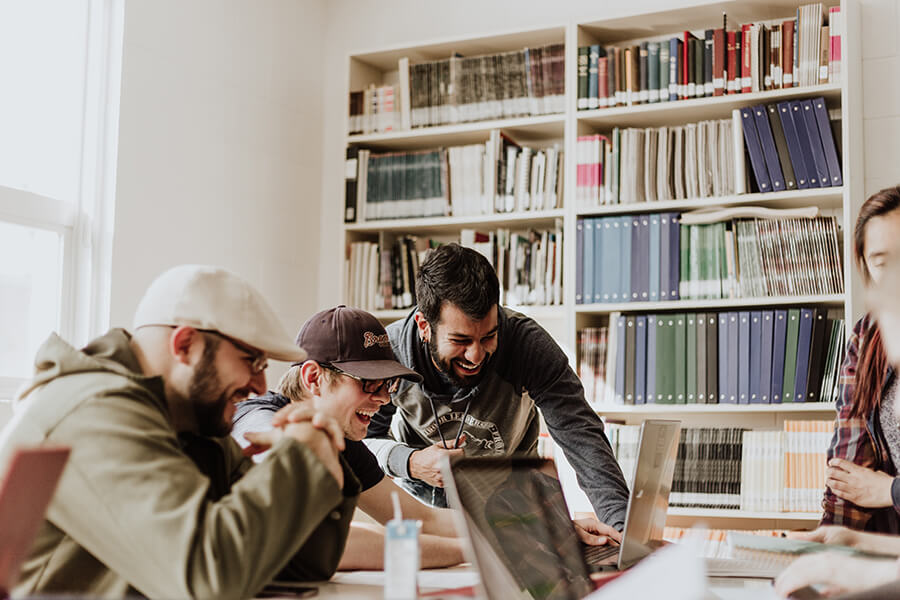 Danish workplace culture is characterized by a flat hierarchy with a short distance between managers and workers. Everyone is encouraged to contribute with their ideas and opinions, and it’s accepted to contradict the boss or manager if it helps to make a good decision.

There is no dress code, and communication has an informal tone. After the first introduction, everyone uses first names. People say “du” (the informal “you”) when they address each other.

At the same time, there is a strong culture of privacy so people give each other the space to do what they need to do, and your manager might not check up on your work or give you new tasks. It means that you’re expected to show initiative and work independently.

Danes also believe that it should be pleasant to be at work. They call this “arbejdsglæde” (“arbaide” is “work”, and “glæde” is “gladness” or “joy”). In other words, the Danish people use endorphins to increase their productivity. Visit the website called What the heck is arbejdsglaede!? to learn more.

However, Danish humor can be sarcastic and difficult for foreigners to understand. It involves self-mocking and is based on the “law of Jante”, an informal concept meaning nobody can think of themselves better than anyone else. So if you’re not sure about whether something a Danish colleague said was supposed to be a joke, just ask them.

The concept of a pay rise is not common in Denmark, bonuses are rare, and there are no provisions in the law regarding 13th salaries. However, remunerations are normally indexed once a year, usually in December, being increased by 1.25 – 4% depending on the inflation rate and the employee’s value for the company. This rise translates into an extra DKK 200–300 per month after taxes.

→ IT salaries in Denmark 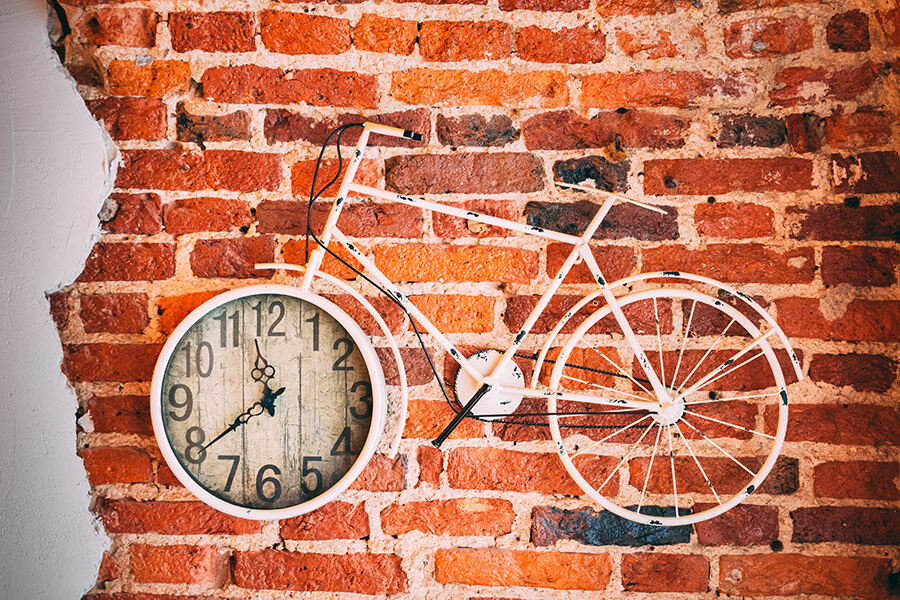 Denmark is one of the best countries in the world for work-life balance. Only 2% of employees work very long hours, much less than the OECD average of 11%. Full-time workers devote 15.9 hours a day to personal care (eating, sleeping, etc.) and leisure (socializing with friends and family, hobbies, games, computer and television) — more than the OECD average of 15 hours.

Despite limited working hours, Danes are the second-most productive workers in Europe (Ireland is first) and more productive than workers in the US, Canada, Japan, and Australia, according to Denmark.dk.

Officially, the workweek in Denmark is 37 hours, usually from Monday to Friday. By law, it should not exceed 48 hours, including overtime.

If you’re an early riser, Denmark is an ideal country for you. The working day is usually from 8 am to 3:30 – 4 pm, sometimes from 7 am to 3 pm. On the plus side, you come home early, and the whole day is still ahead. Danes usually pick up their children from kindergartens at 3:30 – 4 pm, and offices are mostly empty later on. At 5 pm, nearly every desk is empty. Staying extra hours is discouraged, and overtime is rarely paid unless it’s stated in the agreement.

In case overtime is stated in the collective bargaining agreement, the typical overtime pay rate is 150% of the regular pay for the first 3 hours and 200% for subsequent hours, holiday or Sunday work. 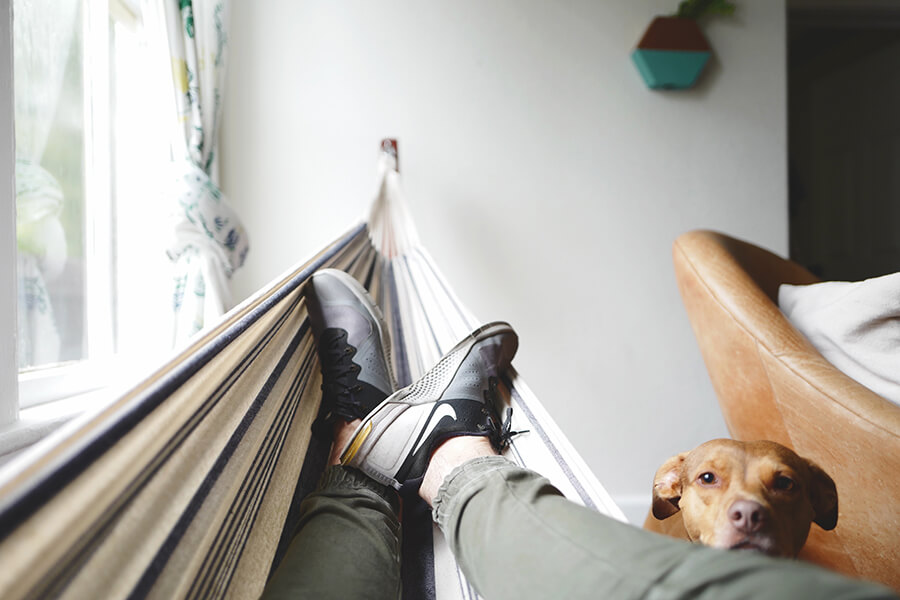 Office employees in Denmark most often have one half an hour lunch break a day. If meals are delivered to the workplace, it’s a general practice when the employee pays 50%, and the company pays the rest.

Apart from weekends, employees in Denmark are entitled to 10 public holidays:

In addition to the usual public holidays, companies can choose to give extra time off, for example on New Year’s Eve.

There are also additional vacation days often referred to as the sixth week of vacation. These days are usually part of a negotiated agreement between the employer and employees. 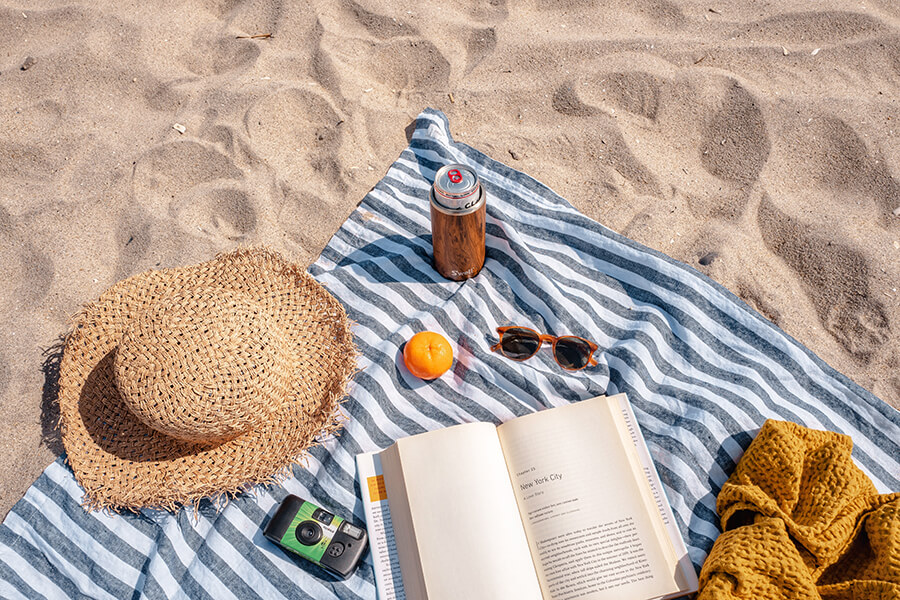 Employees in Denmark are offered 5 weeks of annual leave plus usually one additional week at the company’s initiative. People go on vacation en masse in summer. If you try to visit a Danish office during the last weeks of July, you may find the doors locked.

During the holiday year (from September 1 to August 31), you accrue 12.5% of your salary in holiday allowance. This complies with 2.08 days of holiday for every month that you are employed — the equivalent of 25 holidays per year. You can spend them in the same holiday year or no later than December 30 in the following year.

From September 1, 2020, the government is implementing the new Danish Holiday Act. The holiday pay will be frozen, stored in a government fund, and paid out to employees when they retire or leave the Danish labor market. 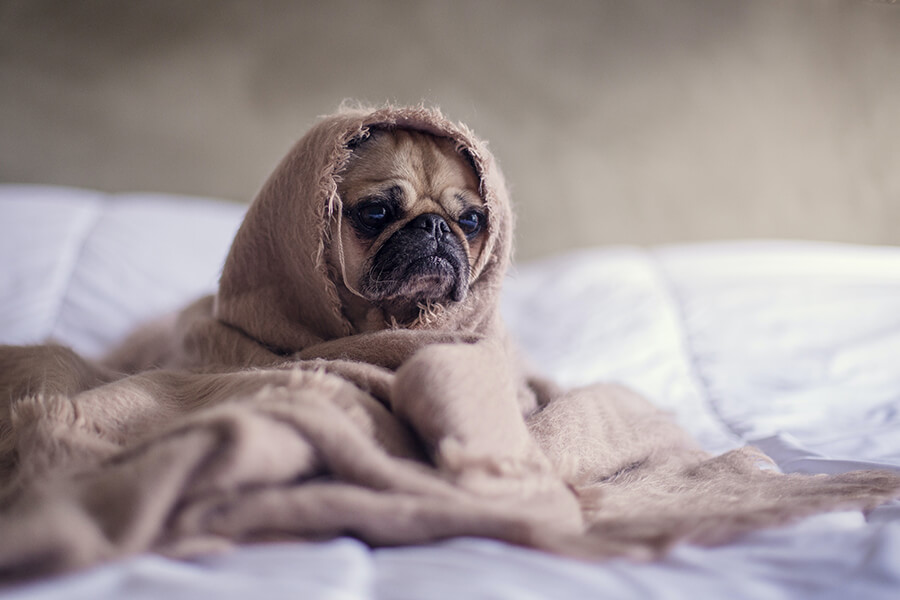 Coming to work sick in Denmark is considered poor manners so employees who feel unwell usually go on sick leave.

If you’re a full-time worker, you can receive payment from your employer during the first 30 days of sick leave. After this period, social benefits pay employees for up to 22 weeks. Any sick benefits should be stated in the employment contract. 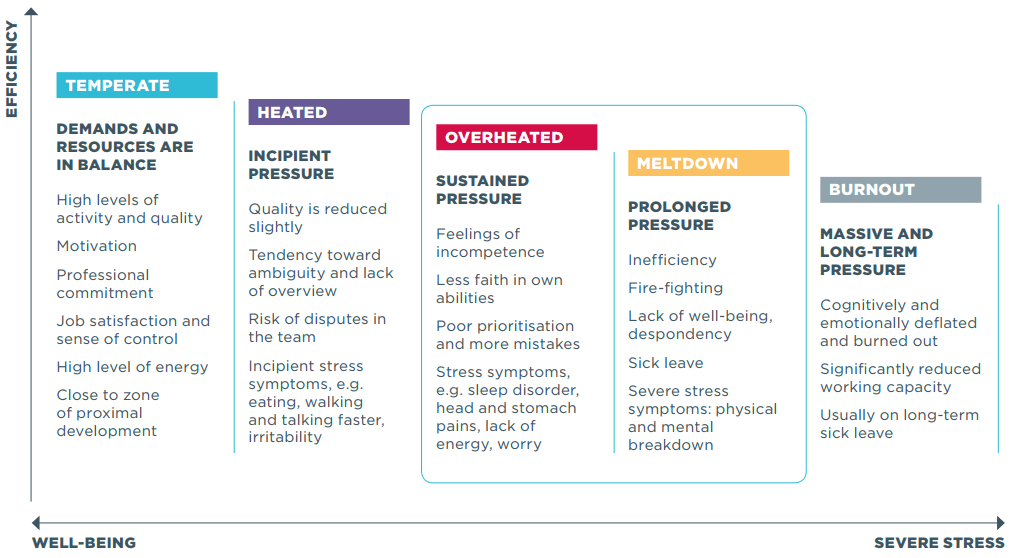 Additionally, there is a so-called “stress leave” in Denmark, which is basically a kind of sick leave. Danes are very serious about work-related stress, which may seem a nonsignificant thing to newcomers. Heart palpitations, headaches, and poor sleep can be considered symptoms of stress and may require a stress leave.

As a family-friendly country, Denmark offers a range of attractive benefits to parents.

Expecting mothers are entitled to 4 weeks off before birth and to 14 weeks after. The other parent has 2 weeks which must be taken during the first 14 weeks following birth. Afterwards, the parents can split a total of 32 weeks paid time off work. This time can be extended by either 8 or 14 weeks, however, this will decrease the monthly amount of parental allowance.

Salaried employees receive 50% of their wages during this time. Employees who are covered by agreement may be entitled to full pay.

Danish companies are also flexible when it comes to medical appointments either for children or for employees themselves. 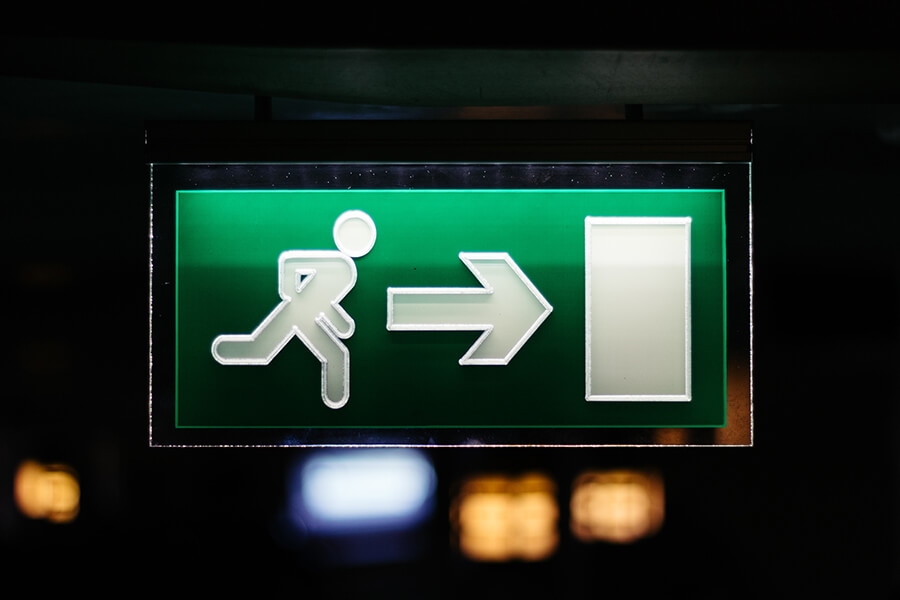 In Denmark, there is the concept of “Flexicurity”. It means you can be fired much easier than in many other EU countries. But it also means that if you paid subscription fees to an A-kasse (unemployment insurance fund), you will receive around two-thirds of your former salary for two years — it’s called “dagpenge” or unemployment benefit.

Salaried employees who have been in continuous employment for 12 to 17 years may also be entitled to a severance payment of 1 to 3 months’ salary.

Before firing an employee, the employer may give a written notice 1–6 months before the layoff, depending on the length of employment.

If you have a residence permit based on a specific job with a specific employer, you must apply for a new residence and work permit in case you leave or get fired.

→ IT workplace culture and working conditions in Sweden